Garbage disposal pool: Geomembranes have been used to build landfills or landfills for decades. However, the choice of the type of geomembrane and its implementation method play an important role in the stability and safety of the landfill.

In general, heavy geomembranes respond very well to landfills. But it is not unexpected that we will get better systems with geomembrane sheets to get good guidance from landfill projects.

Before looking closely at what happens in landfill or landfill projects, let us define the rules:

Secure the sealing layer or barrier to the landfill floor (landfill) and walls with restraints.

Place the barrier layer on top of a solid waste control center.

Cover a floating geomembrane on a floating liquid that is sealed to the bottom edge around the edges of the pond and rises and falls with the surface of the liquid.
Therefore, the lower geomembrane acts as a protective bush to prevent landfill leachate from seeping into groundwater.
Cape geomembranes contain landfill gas and prevent rain from falling into the landfill.

because this odor can damage and contaminate the ecosystem and drinking water. 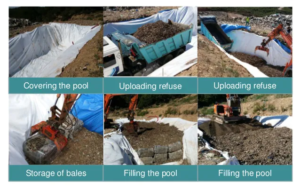 High strength
Intrinsic flexibility of hdpe that does not require additives for flexibility
Resistance to hdpe air because it has antioxidants and does not oxidize.
Excellent welding of hdpe geomembranes with thermal methods (geomembrane welding machine) instead of solvents and adhesives
At that time, PVC joints could be easily separated, but not hdpe geomembranes.
Geomembrane sheets are resistant to cold, shrinkage and vibration.

It should be noted that the manufacturers of hdpe geomembrane sheets do not all work with a specific formulation and everyone has their own formulation, so the formulation and the temperature of the material play an important role in the quality of the sheet and in order for the sheet not to become brittle, sc You follow the action.

There are two ways to bury waste:

Create an open pit in the ground where garbage is dumped and various animals, including mice and birds, invade it.
Landfill whose building has been carefully designed. Landfills can be built inside or on the ground so that waste is isolated from the environment (groundwater, air and rain).
Municipal solid waste is separated from its surroundings by layers  geomembranes and buried in an isolated environment. Making landfills for landfilling is a completely hygienic and environmentally friendly method. 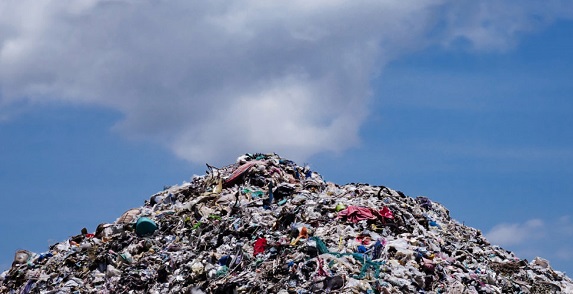 Area required to build a landfill

First, the amount of space required to build the landfill must be determined.

Type and characteristics of subsoil and bedrock

For this purpose, geotechnical studies from the proposed site are required. The bedrock should not be broken. The landfill site should not be built near mines.

Landfills should not be built near rivers, streams or lagoons that have the potential to be contaminated by waste leachate.
Impacts of landfill construction on the environment and local wildlife of the proposed site
The proposed landfill site should not be close to fish farms or bird habitats.

Historical and archaeological value of the proposed site

The basic parts of the landfill are shown in the figure. Landfill consists of the main parts as follows.

Bottom cover system: as a separator that prevents waste and subsequent leachate from reaching the groundwater.

Cells (new and old): where waste accumulates in the landfill.

Rain and storm water drainage system: to collect rainwater dropped on the landfill.

Leachate collection system: To collect water that has penetrated into the landfill and is contaminated with contaminants inside the landfill (leachate).

Methane collection system: to collect methane gas created by the decomposition of waste.

Cover: for sealing and covering the top of the landfill.